I have done a lot of things in regards to backgrounds and scenery for my models. Usually, they worked.. Until I realized they didn’t. Go figure. In review:

I started with pictures outside, in tall grass, on rocks, on trees, anything I could.

The realism is greatly lacking though. Unless we be walking across a mountain plateau(Which, I believe, is not so flat, doesn’t have lichen, and doesn’t have the grass for a background, to name a few issues) the second photo isn’t realistic. The photo of Brookside has the same issue- even if he’s standing in a field with grass up to his shoulders, it doesn’t look like that. That is clearly your average, 1:1 scale grass and a very small horse.

Now, maybe with some professional, very heavy editing, both of these images would be amazing. However, some, or maybe a lot of us don’t have access to editing software, or maybe don’t know how to use it. I have been blessed with not only software, but also an uncle that knows how to use it, but that’s besides the point.

These pictures had been good enough for me for a long time, but as my skill progressed a little bit and I started looking into contests and photo shows, I realized while they were okay, they weren’t the best they could be. Next followed more experimenting. I cut the grass short short so my horse wasn’t lost in it, but then it wasn’t thick enough. I changed the scenery, I used plain dirt, but nothing was cutting it.

Eventually I moved inside, both because the phenomenon called winter occurred, and none of that was quite right. On a note about winter, snow is one of the easiest things to get in scale if you can get your camera settings to cooperate. It takes practice which as of yet I do not have.

More experimenting followed. White fabric for product photos, black, patterns, anything I could think of. I still don’t have that part figured out yet. Some worked, most didn’t.

No breakthroughs have been made so far on product pictures, since I’m working with limited space and supplies. But I’m getting close on scenes. My sister was kind enough to gift me with miniature trees and squares of grass, and it’s been helping immensely.

I couldn’t use the trees without either sticking them in dirt or cutting off the bottoms, so I didn’t use them for awhile, and experimented with the grass.

Next came the backgrounds that came with Breyer horses, this one I believe was for Espresso. Some light editing was needed to edit out the holes from the background, and it looks okay but a bit flat.

Next, I finally went outdoors with the grass. When I took this picture the grass was still brown, so I used my mini trees to add some natural green. This is actually a favorite, except for the bit of blue from a kayak in the background, and the seam between the grass squares. That can be edited out as well, I just didn’t feel like it at the time(sorry!) I’m waiting anxiously for the trees to grow leaves, so then everything is green and much easier to set up a scene like this.

And this is my most current setup. I have an adjustable light bulb above it to match the color on the background, and I used both green felt and the grass. The background is from a pack of scrapbooking paper. It isn’t the best aspect-wise, but with it blurred, it’s not bad.

With some tweaks to the shadows and highlights in GIMP and editing out some of the biggest oopsies, I think it’s pretty good for what I have! Again, it’s not perfect, but it’s good. I clearly forgot to edit out that squiggly line, but oh well. It’s not the end of the world, I’m sure it can be forgiven.

I’m sure this isn’t the best way to do this, in fact there’s probably a million ways it could be done better. But a lot of the things I do are about making what I can with what I have, so where I would absolutely love to get a really nice setup and big, fancy lights, it’s not possible at this point in my life and so I’m doing my best with what I have and hopefully, helping out other people like me.

With that note, I have three new Stablemates that were gifted to me, that I pictured with that same setup-

None of them are named yet, so suggestions would be much appreciated! Also, she’s not new, but I feel you must see this adorable smol thing:

I just adore the tiny little ponies, they’re so cute!

And with that, I believe we have reached the end of this likely very boring post. If you have stuck through it all the way to the end, then I congratulate you! I hope I may have helped some if you were looking for inspiration on setting up scenes!

Remember to wash your hands, do the dab when you sneeze, and stay safe!

As a parting gift, have a Milo chilling in his carpet tunnel. 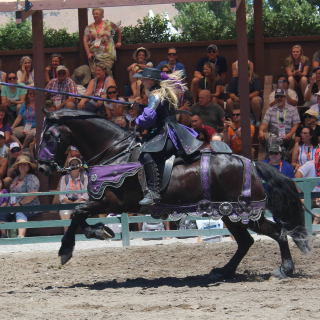